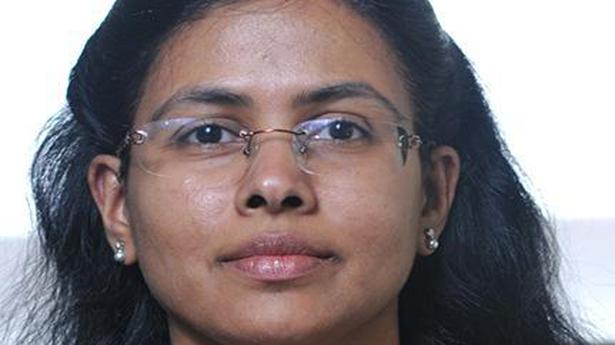 The pandemic-triggered work-from-home (WFH) model has been flattening the socio-economic curve through wealth distribution and job creation in small towns and villages, said a senior official of Cisco India. This has greatly contributed to the growth of the rural economy of India, added Daisy Chittilapilly, MD, Digital Transformation Office, Cisco India.

Rural markets are suddenly spotting a new customer segment, who migrated from urban cities, who are able to spend much higher than the locals out there. Not just the spending power and the consumption, they are also able to create some local jobs by hiring drivers, domestic help, painters, plumbers, electricians, gardeners, utility and essential services, etc, she said.

She said there had been a lot of talk around the impact of WFH on the environment, but that we ought also to notice the impact it was having on the country’s rural economy ‘after thousands of well-earning professionals moved to their hometowns’, as part of the new work regime, and thus, collectively creating some kind of economic buoyancy across rural India.

For instance, Cisco currently has more than 13,000 employees in India and they used to work from fewer than 10 locations before the pandemic. Now, they are spread across 108 locations, she said.

Similarly, millions of professionals in the country, employed by hundreds of enterprises, have made a conscious decision to return to their homes and work from there, greatly contributing to ‘flattening of the curve.’

“WFH has been leading to the flattening of wealth distribution and job creation; until the pandemic, it was mostly a metro or urban scenario and small towns and cities were not directly part of this growth wave,’’ she pointed out.

Obviously, the aspirations — the urban sprawls, lifestyle, better job options — are what attracted millions of rural folk to urban India.

“But, if we can get people to access the four basics — education, healthcare, food and livelihood — I don’t think they would want to come into cities,” she said.

“I mean, it is purely aspirational, and that aspiration is typically the concern about getting a better education for their children, better opportunities for themselves and better healthcare for parents and themselves. If our small towns are well equipped, we will see a large number of people vacating big cities,’’ added Ms. Chittilapilly

On the longevity of WFH, she said, almost 75% of Indian CFOs are actually on record, saying that they’re going to look at WFH as a way to depress their operating costs. Cisco traditionally has been an 85%-plus WFH-enabled enterprise and therefore, it didn’t have to specially get ready for COVID-19, she said.

Between 2012 and 2017, Cisco consolidated its real estate, closing down 239 buildings worldwide and saving almost half-a-billion U.S. dollars a year.

“We believe the world post COVID-19 will settle into a hybrid mode,” she added. As per our own internal studies, and what we can see from some early research that’s happening externally, ““There will be some aberrations to it, who are announcing much larger work-from-home. “But, If you take an average across all industries, about 65% of companies settle into hybrid mode.’’ But again, India has a go-to-work culture, and a lot of us naturally go to work,” she said. The social aspect of work is something that all of us miss.

And, on the whole, there’s enough research out there and there is community innovation, community learning and community contribution. “Human beings get energy from each other. So, I don’t think we’ll go back to either extreme after the pandemic,’’ she said.

The Nifty and the Sensex have opened the day on a Join us as we follow the top business news through the day.10:00 AM  Reuters...
Read more
Business

The investigation also uncovered that Indian companies in the business of honey were importing synthetic sugar syrups from China for adulterating with honey. Honey marketed...
Read more
Business

Afghan government and Taliban negotiators in Qatar have agreed to the principles and procedures that will guide the ongoing peace negotiations between them, Taliban...
Read more

The Nifty and the Sensex have opened the day on a Join us as we follow the top business news through the day.10:00 AM  Reuters...
Read more
Load more